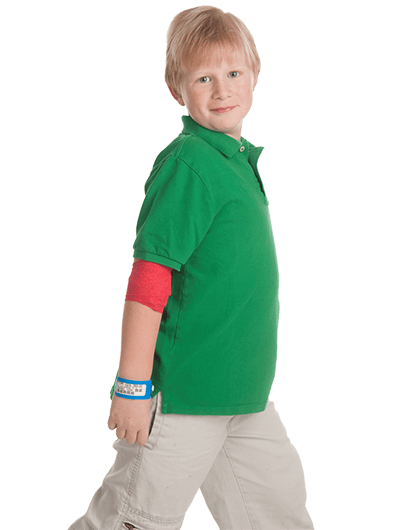 Diagnosed at the age of three with neuroblastoma, Carson Gene Higgins embraced life with kindness and courage. During his 12 years, he was an inspiration to others to live their lives fully, with purpose, a sense of humor, love and generosity. Carson’s passions and generosity guide the Carson Higgins Memorial Foundation in its philanthropy.

Not one to let his circumstances define him, Carson enjoyed being a member of many organizations, but particularly relished in being a Boy Scout. He enjoyed competing in (and winning!) pinewood derbies, and going camping, no matter how cold it was, with his friends in Troop 385.

Another pastime Carson enjoyed was horseback riding. He was able to care for horses and learn to ride through Victory Gallop, a nonprofit organization that provides therapeutic horseback riding experiences for children with life challenges. Carson gained confidence and found joy through the program. The Carson Higgins Memorial Foundation supports Victory Gallop so other children may similarly benefit.

At a young age, Carson developed a love for reading. Throughout the years, Carson always had a book in his hands; he read three or more books per week! He never needed a bookmark or creased a page; he just remembered where he left off. It was with this passion in mind that his family donated Carson’s corneas so others could have the gift of sight, and hopefully enjoy reading as much as Carson did.

Carson received his treatment at St. Jude Children’s Research Hospital. He had deep appreciation and love for his devoted medical team and became an enthusiastic spokesperson for St. Jude. Carson was a poster child for the hospital and appeared on several national and local TV stations, speaking on behalf of children who received care there.

Carson believed in God and knew the love and grace of Jesus. He lived his faith by example, as a compassionate and giving child. He never complained, despite the numerous, exhausting, and sometimes painful treatments he endured. Carson loved his brothers and parents with his whole heart. He enjoyed the fellowship his youth group provided as he became closer to God.

Carson spent his last month on the trip of a lifetime with his parents and four brothers. The family visited all the places Carson had wanted to see – from an Alaskan cruise to the Pacific northwest. Carson joined his Savior in Heaven in Las Vegas, where the family was preparing to see the Hoover Dam and the Grand Canyon. Carson was able to see some of God’s beautiful creations in the loving company of his family; it is four weeks of memories his parents and brothers will cherish for the rest of their lives.

While Carson’s life was short, it was rich with faith, hope, love, strength and kindness. He was an inspiration to many. His presence will be missed, but Carson’s generous spirit lives on to help other children through the Carson Higgins Memorial Foundation.

Together, we can bring hope to other families facing difficult and sometimes devastating life challenges.